#SoS_project team, as well as national project partners in Georgia – Georgian Harm Reduction Network – respond to the events of July 5. We categorically condemn violence and aggression against civil activists, journalists, minorities, and any member of society. We express our solidarity with the people who have been restricted, guaranteed by the Constitution of Georgia, the right to express their opinion, which is the foundation of the country’s democracy.

On July 5th Tbilisi Pride march was planned, but right-wing groups coordinated contraction against the planned activity.  The attacks targeted civic activists, community members, and journalists who were peacefully exercising the rights guaranteed to them by Georgia’s Constitution. Hate groups attacked citizens and also broke into and vandalized the offices of the Shame Movement, the Human Rights Center, and Tbilisi Pride, and attacked a long-term opposition tent protest outside of Parliament. At least 50 journalists were reported injured following anti-LGBTQ protests. On July 11th an injured journalist died.

“We call on the state to take appropriate measures. Any form of violence against any group, no matter how unacceptable, is not allowed.”- says Kakha Kvashilava, the Executive Director of the Georgian Harm Reduction Network.

This situation is just one of the hundreds of cases of hate crimes and violence that regularly happen in Georgia against LGBTIQ representatives. Despite the adoption of Laws against discrimination in both the public and the private sector, in education, in employment (Law on the Elimination of All Forms of Discrimination, 2014) and Legislation on hate crimes (Article 531 (3) of CC) the level of stigma and discrimination on the basis of sexual orientation and gender identity is still very high in Georgia. In 2017, amendments to the Georgian Constitution were adopted that changed the gender-neutral language of the constitution and effectively prohibited the recognition of same-sex marriages, although the Georgian Civil Code already contained a definition of marriage as a union between a man and a woman. (Art. 1106 Civil Code of Georgia). Discussions that took place against the background of political changes showed a high stigma towards LGBT people both in political life and in general from the community

Starting from December 2019 and by today there were recorded in REAct 67 cases of human rights violations of LGBTIQ representatives. Numerous cases are related to violence, beating, mockery, drubbing, and hate speech by unknown people on the street, in nightclubs, or other public places. Abusers call MSM and trans*people sick, humiliate them, throw stones and even beer bottles at them, threaten to kill them. Even though the victim dares to declare to police – rarely officers respond to the hate crimes properly. Another frequent situation is the exclusion of MSM and transgender people from their families and eviction from homes, as well as physical and psychological violence by their relatives.

Read the REAct reports to find out more evidence and statistics about human rights violations of vulnerable communities in Georgia. 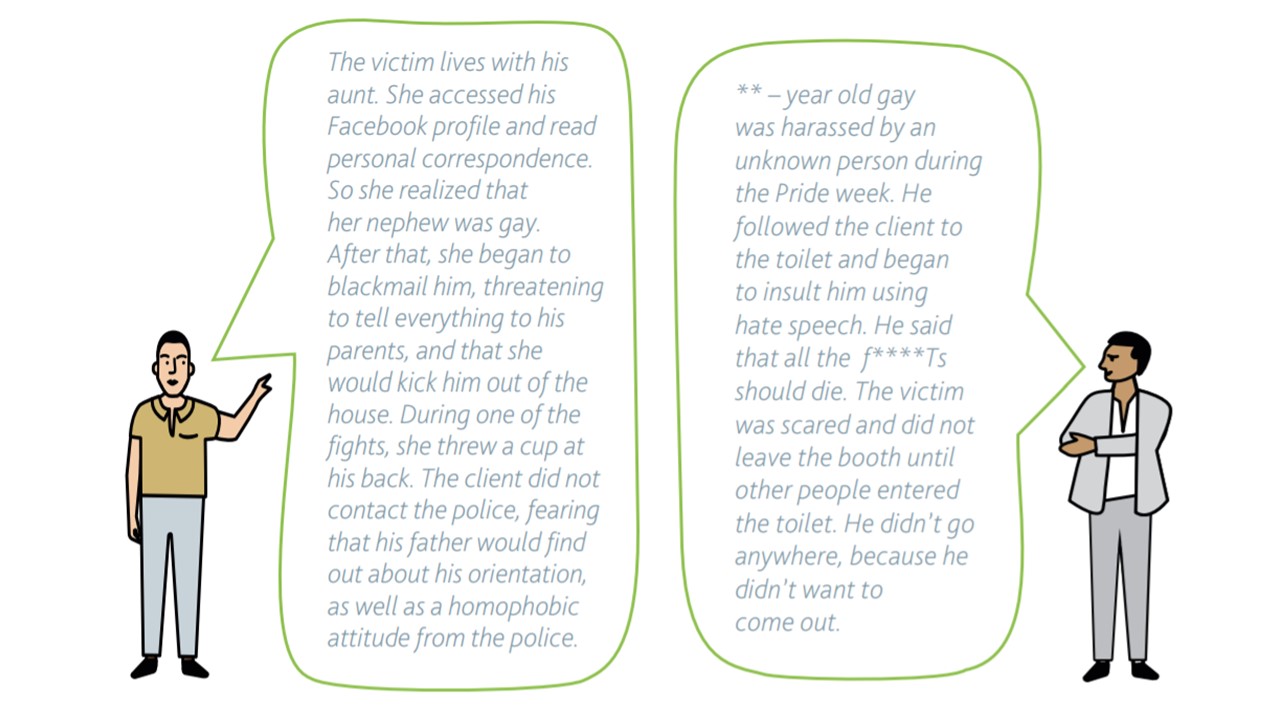 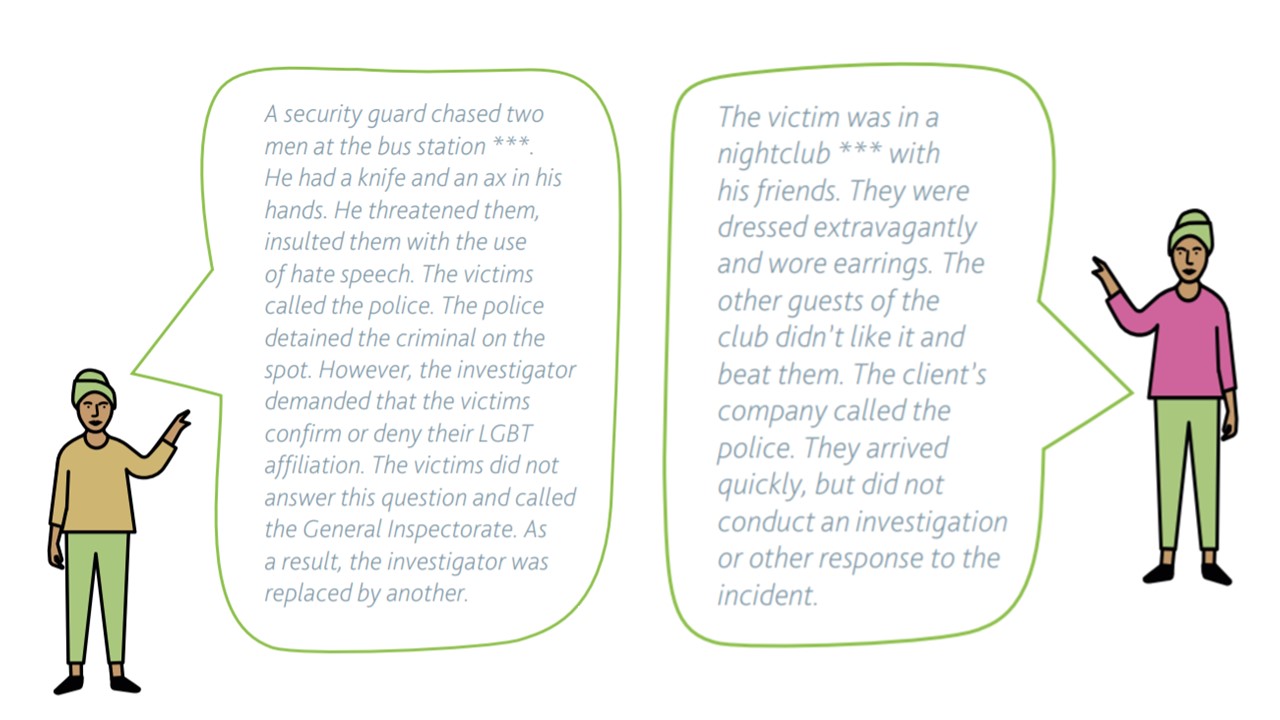 The REAct system was developed by  Frontline AIDS (UK).
The REAct project is implemented with financial support
Global Fund to Fight AIDS, Tuberculosis and Malaria.